Three times World champion in a row !!! Bianca Walkden has no equal in the history of taekwondo. To date, only Korean males have managed to achieve such a feat. On May 17, 2019, in Manchester, the British gifted beat China’s Zheng, the reigning Olympic champion, and jumped for the 3rd time in a row to the roof of the world, after Chelyabinsk in 2015 and Muju in 2017.

Of course, logically, one should not look far for the gold medal favorite at the Olympic Games in Tokyo (+73 kg), the only title missing from her records. In Rio, in 2016, the native of Liverpool had lost in the ½ final against… Zheng, the only one who managed to resist her a little.

But the records are for Bianca. In 2017, she remained undefeated in Grand-Prix, achieving a Grand Slam with her 4 wins, a Grand Slam she is still the only one to have achieved.

In the run-up to the Tokyo Olympics, the Liverpool fan is more than ever the top gun to beat. She remains undefeated since December 2019 and has added a new European title, the 3 rd one, in April 2021 in Sofia. To present it simply, Bianca Walkden will compete in the Tokyo Olympics as World n°1 and running World and European champion. Bronze medalist in Rio 2016, she is in the best position to get her olympic gold time in Japan.

We want to hear from you, tell us how we can up our game. Only by listening can we know how to up our game.

We use cookies on our website to give you the most relevant experience by remembering your preferences and repeat visits. By clicking “Accept”, you consent to the use of ALL the cookies.
Cookie settingsACCEPT
Manage consent

This website uses cookies to improve your experience while you navigate through the website. Out of these, the cookies that are categorized as necessary are stored on your browser as they are essential for the working of basic functionalities of the website. We also use third-party cookies that help us analyze and understand how you use this website. These cookies will be stored in your browser only with your consent. You also have the option to opt-out of these cookies. But opting out of some of these cookies may affect your browsing experience.
Necessary Always Enabled
Necessary cookies are absolutely essential for the website to function properly. These cookies ensure basic functionalities and security features of the website, anonymously.
Functional
Functional cookies help to perform certain functionalities like sharing the content of the website on social media platforms, collect feedbacks, and other third-party features.
Performance
Performance cookies are used to understand and analyze the key performance indexes of the website which helps in delivering a better user experience for the visitors.
Analytics
Analytical cookies are used to understand how visitors interact with the website. These cookies help provide information on metrics the number of visitors, bounce rate, traffic source, etc.
Advertisement
Advertisement cookies are used to provide visitors with relevant ads and marketing campaigns. These cookies track visitors across websites and collect information to provide customized ads.
Others
Other uncategorized cookies are those that are being analyzed and have not been classified into a category as yet.
SAVE & ACCEPT 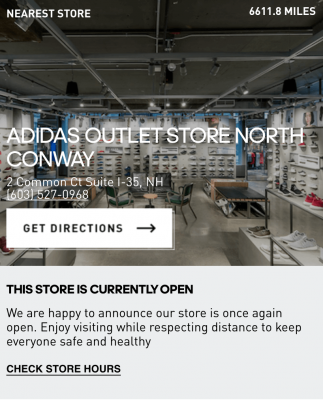 Returns and Refunds Policy
Thank you for shopping at Adidas Combat Sports Site.
If you are not entirely satisfied with your purchase, we’re here to help.
Our products can be returned within 30 days of the original purchase of the product.
To be eligible for a return, please make sure that:
The product was purchased in the last 30 days
The product is in its original packaging
The product isn’t used or damaged
You have the receipt or proof of purchase
Products that do not meet these criteria will not be considered for return.
Send the product with its original packing and the receipt or proof of purchase, to:

Shipping charges incurred in connection with the return of a product are non-refundable.

You are responsible for paying the costs of shipping and for the risk of loss of or damage to the product during shipping, both to and from US Boxing Site.

If you received a damaged product, please notify us immediately for assistance.

Sale items can be refunded.

If you have any questions about our Returns and Refunds Policy, please contact us:
By email: support@combatsports.com

Creators Club members automatically receive free standard shipping on every order as long as you’re signed in when you make your purchase.